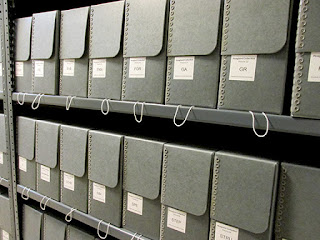 On Saturday May 19, The Bradford County Historical Society will offer a research day. This will be an opportunity for members of the society to come in when the library is closed to receive a tour of the library and its holdings. The society library is a treasure trove of information for the genealogist or local historian. The session will begin at 10 a.m. and is by reservation only. There is no charge for this program to members of the Bradford County Historical Society. A non-member will be charged $35 which is a research membership for a year. Society president Henry Farley will be leading the workshop which will last about two hours. Call 570-265-2240 to register.
Posted by Matt Carl, Manager/Curator on Wednesday, May 09, 2018

Friday Night at the Museum to begin with, “A Chronicle of the Underground Railroad and ‘Black Soldiery’” 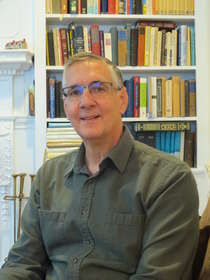 The Bradford County Historical Society will host a program titled, “A Chronicle of the Underground Railroad and ‘Black Soldiery’,” scheduled for Friday, May 18, 2018 at 6 p.m. Doors open at 5:30 p.m. There is no admission charge for this event but donations are appreciated. To reserve a seat, participants are asked to register by calling 570-265-2240 or by email at info@bradfordhistory.com.

Based on the book, “Embattled Freedom”, author Jim Remsen explores the life and times of a group of remarkable fugitive slaves who fled north on the Underground Railroad and found safe haven in Jim’s own boyhood hometown in the mid-1800s. The town is Waverly, Pa., a white farming village near Scranton, Pa. In the face of local skepticism, a cadre of white villagers and nearby farmers set up the black runaways with jobs, land and other material support, thus establishing a settlement known as “Colored Hill” that endured into the 1920s. When the Civil War came and the call went out for black recruits, a dozen men and boys left the safety of Colored Hill to return South and fight in the Union army.

This program is sponsored by:

This program is a part of the 2018 Friday Night at the Museum programming series that is held the third Friday of each month from May through October. Each event is held in the Great Room at the Bradford County Historical Society, located at 109 Pine Street, Towanda, PA. Refreshments are provided at each program and the museum is open a half-hour prior to the event.

Other programs scheduled for this season are: June 15 – Bradford County Civil War Music; July 20 – A Hammered Dulcimer Concert with Ted Yoder, Sponsored by Chief Oil & Gas; August 17 – The French Legacy in Bradford County; September 21 – Lumbering Heritage in Northeastern Pennsylvania, Sponsored by Citizens & Northern Bank; and October 19 – The Influenza Pandemic of 1918 and its Effect on Bradford County.

The Bradford County Historical Society is a recipient agency of the Bradford County United Way and the Pennsylvania Historical and Museum Commission. For more information about the society and its programming schedule, museum or research center, visit www.bradfordhistory.com or check out the society on Facebook or Twitter.
Posted by Matt Carl, Manager/Curator on Tuesday, May 08, 2018

BCHS Opens with Hundreds of New Items on Display

The Bradford County Historical Society (BCHS) opened for the 2018 season the first week of May with seven complete display cases changed, two entire rooms changed, and the large lumbering exhibit completely redesigned to include objects from many different industries or businesses in Bradford County.

Historical Society Manager/Curator, Matthew Carl, has worked for the past few years to substantially change the original exhibits that were built when BCHS first moved to 109 Pine Street. Out of 25 exhibit rooms in the museum, 13 have been substantially or entirely changed so far. This year alone, over 300 new items were brought out of storage and placed on display while other items that have been on display for years have gone into storage.

“That’s how a museum is supposed operate,” said Carl. “Items being rotated in and out so that visitors have a new experience and learn new things each time they’re here.”

Over the past 10 years, there have been new items on display every year, but only within the last two or three years has Carl finally been able to dedicate time to a significant overhaul of the museum. While a handful of items will always be on display due to their importance, the majority of pieces can be changed out every so often.

“The museum is a living history book that tells the stories of Bradford County as a whole,” said Carl.

Since Bradford County is the second largest county in terms of land area in Pennsylvania, the Bradford County Historical Society has a challenging job telling all of the stories, which is what makes regularly changing exhibits so important. As each year passes, new exhibits come and go and they bring new stories to light.

In addition to all the changes made this year, the World War I exhibit is still available during the ongoing centennial anniversary of the war. The award-winning book that accompanies the exhibit is still on sale in the museum Gift Shop.

A new season also brings new programming and this year’s Friday Night at the Museum series is sponsored by the United Way of Bradford County, Chief Oil & Gas, and Citizens & Northern Bank. The series features a mix of historical programs and musical performances and begins May 18th, continuing on the third Friday of each month until October.

Museum and research center hours are Wednesday through Friday, 10 am – 4 pm, and the first Saturday of each month, 10 am – 2 pm.

For more information about the Bradford County Historical Society, visit the website at www.bradfordhistory.com. BCHS is sponsored in part by the United Way of Bradford County.
Posted by Matt Carl, Manager/Curator on Friday, May 04, 2018

Do you want information about what is happening at the Bradford County Historical Society? This blog is designed for members and non-members alike who are interested in knowing the latest news at BCHS.

Be sure to check out other online resources such as our website and our Facebook page. Links to our other sites can be found below.

Feel free to email me with suggestions about how we can improve the services of the historical society. Thanks for checking out our site!